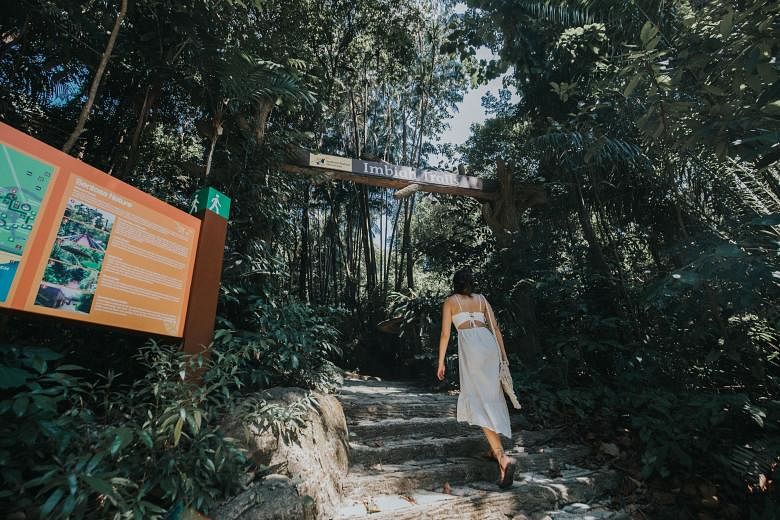 Make time for more vacation: enjoy the great outdoors or take on the Wild West in an old-fashioned “shootout” 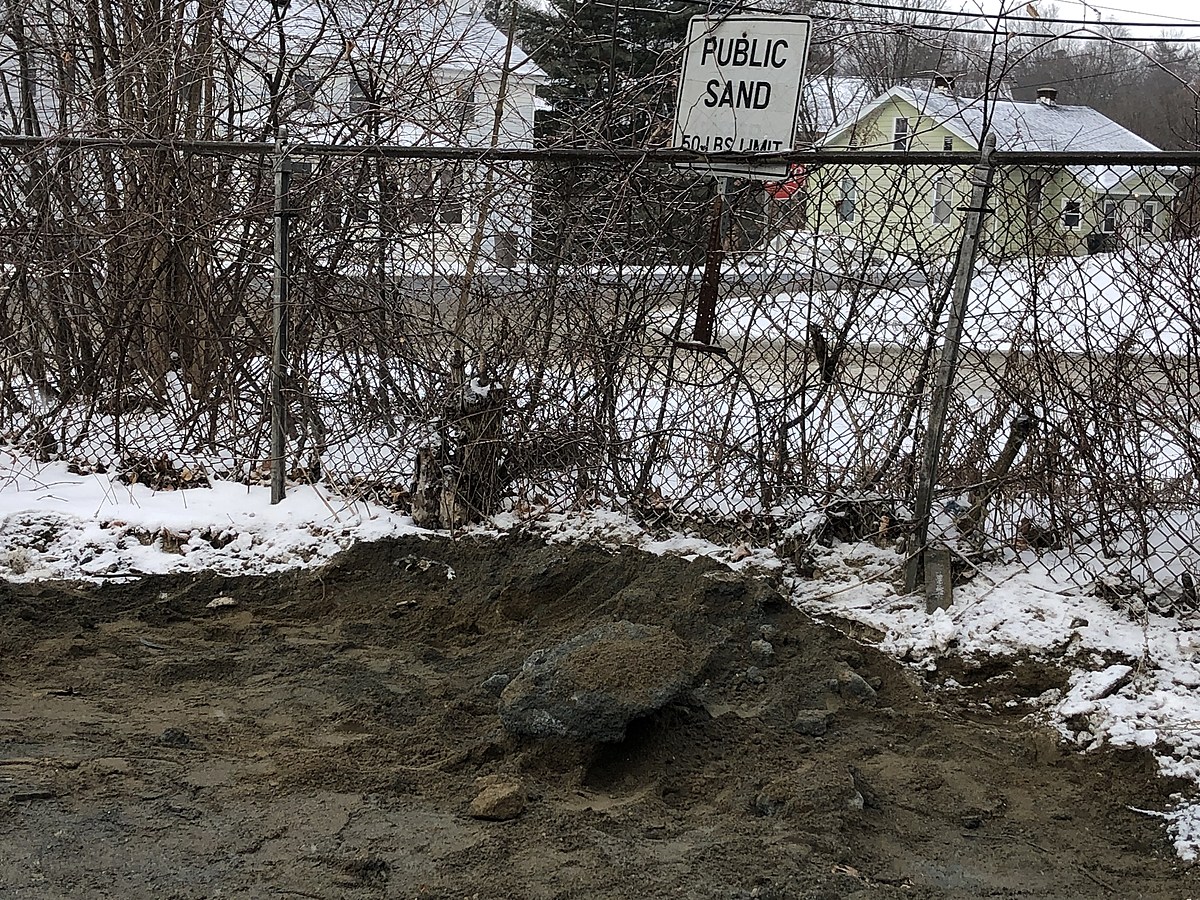 Sand and salt mix available at these 2 Pittsfield fire stations

In a special report, Tony McDonough asks if plans for Liverpool’s new £ 50million cruise terminal will need to be overhauled amid the rapidly changing economy of a post-pandemic world

On Monday, a newly built cruise ship, Viking Venus, will dock at the Liverpool Cruise Terminal – the first cruise stopover at the facility in 14 months.

And there have been plans underway for a number of years to build a larger, more permanent terminal with the capacity to accommodate the world’s largest ships. But the COVID-19 pandemic has cast a cloud of uncertainty over the £ 50million project.

Just over a year ago, the Cruise Liverpool team was preparing for what would be the terminal’s busiest year since it was officially opened by the Duke of Kent in 2007. More than 100 ships were scheduled to call. in spring, summer and in the fall.

Then COVID-19 turned the world upside down and the £ 100 billion global cruise industry, supporting 2 million jobs globally, came to a halt. For every day that the world’s cruise ships are laid up, 2,500 jobs are lost.

However, with the rollout of the COVID vaccine around the world, cruise ships are setting sail again. But with reduced passenger numbers due to social distancing, the industry is not what it was before the pandemic and there is a question mark as to whether it ever will be.

The Liverpool cruise terminal is expecting around 80 stopovers this year. This is good news for the terminal and the city center economy as a whole, but, with fewer ships carrying fewer passengers, the city’s estimated annual revenues are likely to be significantly lower than the £ 12million forecast. before the pandemic.

A report released late last year by Liverpool City Council asset manager Angie Redhead (also head of Cruise Liverpool) estimated the terminal would lose around £ 1.1million due to the COVID-19. The city council typically generates around £ 2.5million in annual revenue from the facility.

Thus, while the return this year of cruise ships is good news for the city, the economic change in the cruise sector raises questions about the project to build a new terminal on the seafront. The city council said to LBN that he remained committed to the project.

In a statement, he said: “Given the impact of the COVID-19 pandemic, city council is currently assessing the timeline to take the new cruise ship terminal to the next step. Despite the global setback in the cruise industry, the board remains committed to the program and the return of passenger transport to its World Heritage-listed waterfront.

The current terminal is a floating structure located off Princes Dock and was never intended to be a temporary facility. It includes a floating landing stage and a small terminal.

It cost around £ 10million to set up and was funded by funds from the European Objective 1 program. Because of this funding, state aid rules meant that cruise ships were not allowed to start or end their cruises in Liverpool. It was simply a stopping point for the passengers.

However, intense government lobbying by the city council has allowed these rules to be relaxed, allowing cruise lines to offer cruises from Liverpool for the first time since the terminal opened. This was despite strong objections from Southampton, still the main port for the UK cruise industry.

It was a game-changer for Liverpool, dramatically increasing the number of ships sailing up the Mersey and boosting the local economy, especially businesses in the hospitality industry. And it was the momentum that followed that led to the project to build a new terminal.

In the same Angie Redhead report last November, it was stated that a combination of COVID-19 and Brexit would push back the timeline for the new facility by a year. It was supposed to be ready for the 2022 cruise season and that has been pushed back to 2023.

The report said work could not proceed until the authority obtained an order to review the port. An HRO comes from the International Maritime Organization through the government and it must be sanctioned by Parliament.

The HRO was secured in April of this year, but, with the economics of the cruise industry significantly altered, a new business case for the terminal, which would also receive funding from the Liverpool City Region Combined Authority, will need to- now be presented?

Current plans would see a 100,000 square foot terminal built on two floors; the ground floor being the luggage room and the entrance hall. The first floor will include the passenger lounge, check-in area and cafe.

It will be connected by a span bridge for pedestrians and vehicles to the existing pier for cruise ships. Plans also include a 200-bed hotel in Princes Dock Liverpool Waters, near the terminal.

When completed, the terminal would replace the existing facility and allow the world’s largest cruise ships (up to 3,600 passengers) to embark and disembark in Liverpool. It is expected to directly create more than 500 new jobs.

The works include the dismantling of the redundant and abandoned jetty and the construction of the new terminal on a new jetty in the River Mersey. Construction of a new Isle of Man ferry terminal at the far end of the main terminal has already started.

And while there are question marks about the economic arguments of the new terminal, there is another dimension that can now come into play: the environmental impact of the cruise industry.

Under former mayor Joe Anderson, himself a former sailor, the city council implemented an economic development strategy that strongly favored the attraction of major investments in the city.

Mr Anderson can claim credit for projects such as the £ 2bn Knowledge Quarter and was a major supporter of the Everton-proposed Docklands stadium worth £ 500m. And he was a great cheerleader for the proposed terminal.

Now a new mayor is in office. Joanne Anderson and her relatively young firm promise a different way of doing things. While economic growth is certainly a key component of Ms. Anderson and her team’s agenda, the focus will likely be much more on what they call “community wealth creation”.

“Our values ​​are expressed in what we do and in what we say,” the new mayor told The Guardian newspaper in an interview last week. “We have hired socialists here in the north in key positions.”

It will also mean a greater focus on the environment. The board declared a climate emergency in 2019 and the new Cabinet member responsible for climate change and the environment, Cllr Dan Barrington, will be keen to take this commitment out of the abstract and translate it into concrete action.

This could put the cruise terminal project in a different light. Cruise ships can be a lot of things, but they’re not good for the environment. They are floating cities and it is estimated that a cruise ship passenger will burn the same amount of carbon in seven days as they would in 18 days on land.

Having said that, it would be a brave politician in Liverpool to stand up and say we don’t want Mersey cruise ships. There is a huge emotional connection between the people of Merseyside and the maritime industry.

In the late 19th and early mid-20th centuries, the world’s largest cruise ship regularly visited the Liverpool Quay. Their absence was keenly felt and their return in 2007 was greeted with enthusiasm. Crowds always gather to see the ships leave with music and fireworks. You don’t see that in Southampton.

In 2015, Cunard brought Queen mary, queen elizabeth and Queen victoria at the Mersey as part of its 175th anniversary celebrations. the Three queens The event brought more than 1m of people to both sides of the river and the sight of these three magnificent ships, with the red arrows above, will be remembered for a long time.

So it is likely that we will continue to see cruise ships arriving on the Mersey for many years to come, but it remains to be seen whether plans for the new cruise terminal will need to be revised in light of a rapidly changing world.

IRISH FERRIES, then B&I, first established its Pembroke Dock-Rosslare ferry line in 1979 after the …