The statue in front of the Gaiety Theater | 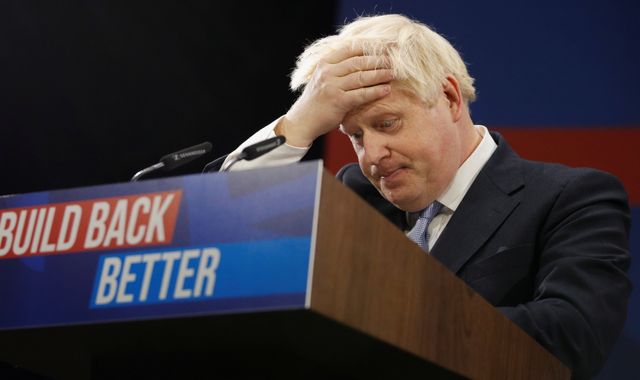 The statue outside the Gaiety Theater has now been officially unveiled.

It features two dancers and features an artistic tiling depicting the Manx O Land of Our Birth’s national anthem and the poem When Childher Plays from Betsy Lee by Manx National Poet TE Brown and was commissioned by the Island Arts Council of Man.

It was created by internationally renowned and award-winning island resident sculptor John Mulvey.

“We were delighted to see the work emerging and we are sure this positive vision will resonate with our island community.”

Artistic Development Manager Jane Corkill said: “The sculpture represents all dances, especially the thousands of people who have danced at the Gaiety Theater and Villa Marina over the past 120 years – as performers, competitors, audience at concerts.

“We have couples contacting us to tell us that they met at a tea dance at the Villa 60 years ago, and we will continue to dance here, so it’s a timeless representation of the dance, of the past, present and future. “

It didn’t take long for the pranksters to place traffic cones on the dancers’ heads – as happened quickly after the unveiling of the Bee Gees statue on the Loch promenade, and as most happens. weekends at the TE Brown Statue on Buck’s Road.

The Isle of Man Arts Council is an organization sponsored by the Department of Education, Sports and Culture and funding comes from the sale of lottery tickets.

John Mulvey is a self-taught sculptor.

When he left school, he apprenticed and worked for several years as a sheet metal worker.

Mr. Mulvey believes that his geometric training during these years influenced his work. This helped him achieve the essence of his subject matter with simplicity of form and economy of line. Thus, the works do not have human traits – they represent, in this case, all the dancers. In his work, John always strives for joy and movement.

Mr. Mulvey has exhibited extensively in the UK in municipal and private galleries as well as in Europe and America. His work is included in private collections around the world and commissions have included work for Rolls Royce, The Paratroop Regiment, RHS Rosemoor, the UK Lottery and Dolwen Gardens.

Mr. Mulvey, who lived on the island in the 1960s, has now returned to the island with his wife, Mary. His works can also be seen in Milntown Gardens on the outskirts of Ramsey.